My mom had told me about a park near Suwanee that had a playground in a pavilion.  It sounded like a neat idea, so one day after a light week, we head to the park!  Megan was busy that week and didn't join us, but mom came along for the fun.
As I mentioned, the playground is in a pavilion, but the first thing my kids wanted to do was go swing.  The swings aren't under the pavilion, and it was a blisteringly hot day! 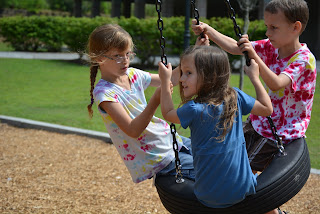 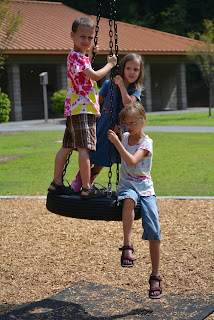 Next the kids enjoyed a spinning seat that turned on an off centered pole. 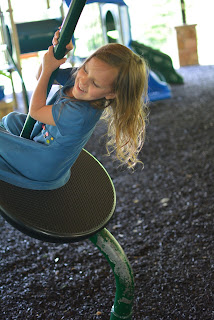 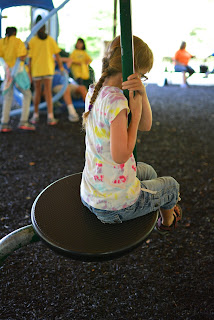 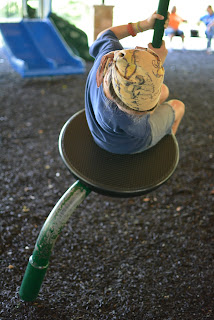 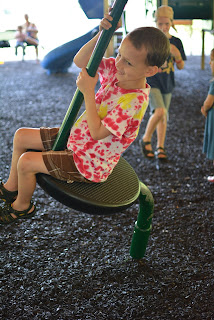 The climbing web inside the pavilion was great! 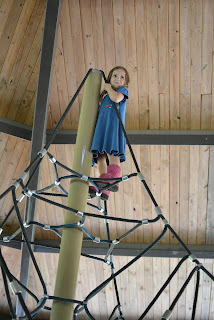 Kyle and Sophia loved this see-saw. 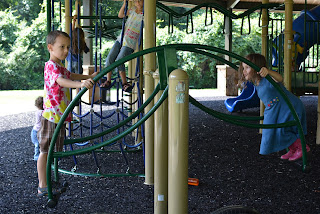 Keira did a great job climbing on the chain ladder. 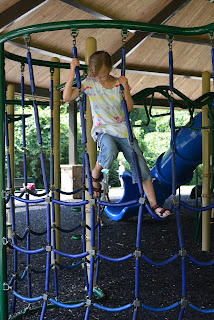 Crossing an nice little bridge leaving the park, the kids all stopped to look at the water below. 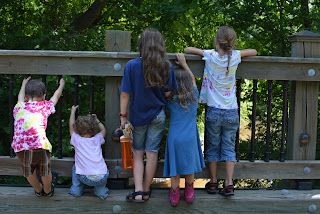 Over all, this city park was really nice!  We did not see all (or even most) of the park, but the playground and bathrooms were nice, and the paved paths around the soccer fields and near the parking lots were also nice.
Posted by Bethany at 7:00 AM