On Thursday, August 20, Megan and I had planned to take the kids to a park that sounds like a ton of fun (and stress for me) as it involves water and kids.  But because Patrick hasn't been sleeping, we cancelled those plans because I didn't think I could handle watching all the kids on almost no sleep.  Instead of the park, we decided to go to Megan's house so the kids could ride bikes and play together!

We got a group shot, but it quickly degenerated to the silly! 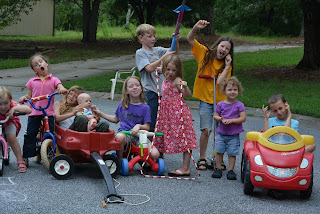 Clayton did a great job on the pogo stick! 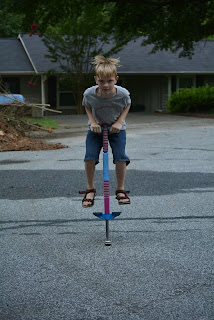 Keira and Cheyenne had a lot of fun using the jump ropes as ropes and dragging things around. 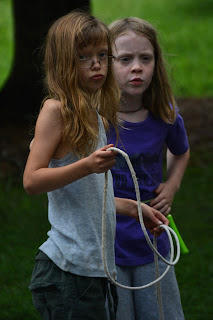 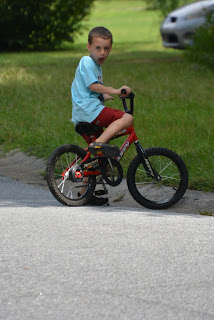 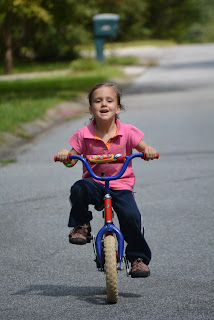 Avalyn was so kind in pulling Mercy in the wagon. 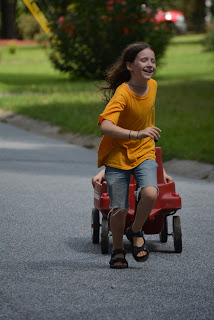 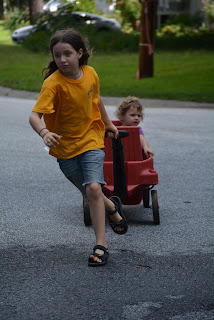 Mercy tried to pull Avalyn in the wagon. 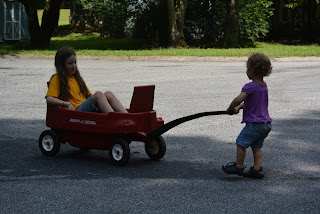