Megan and I managed another trip to the Tennessee Aquarium in the middle of June.  We enjoyed a much quieter visit than the time before when it was so crowded that we seriously considered leaving.

We were amazed by God's creation.  The creatures of the water are so graceful and awesome to watch.

Despite the expressions, Kyle and Sophia were happy to get to hold butterflies. 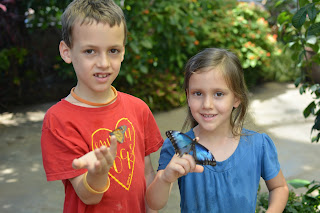 All the kiddos in front of one of the large tanks. 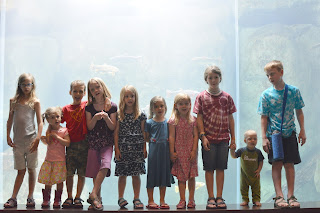 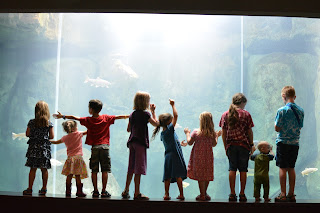 Mercy loves turtles.  This one stopped to take a look at her.  She was delighted! 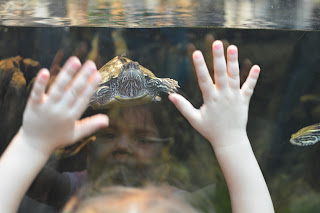 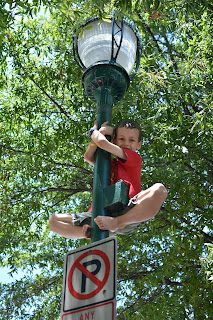 After walking through the aquariums, we let the kids play in the water.  They had a wonderful time!  I did not get many pictures since I was watching over Patrick. 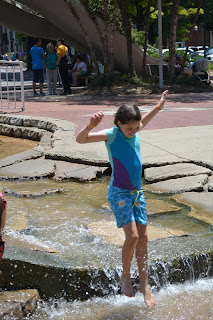 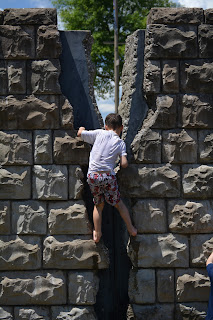 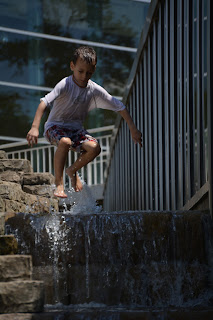 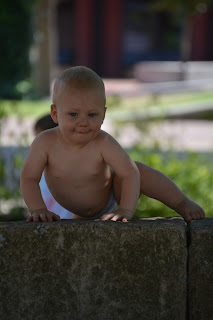