I need to hang my head in shame as I didn't take pictures FOUR days this week.  When I did take pictures, I had trouble with white balance.  I had fun playing with it, but I obviously don't know quite how to correct the imbalance of the lighting in my house.

I did not manage to take a close up on the 26th, so on the 27th, I went ahead and took some close ups of my Keira eating her breakfast. 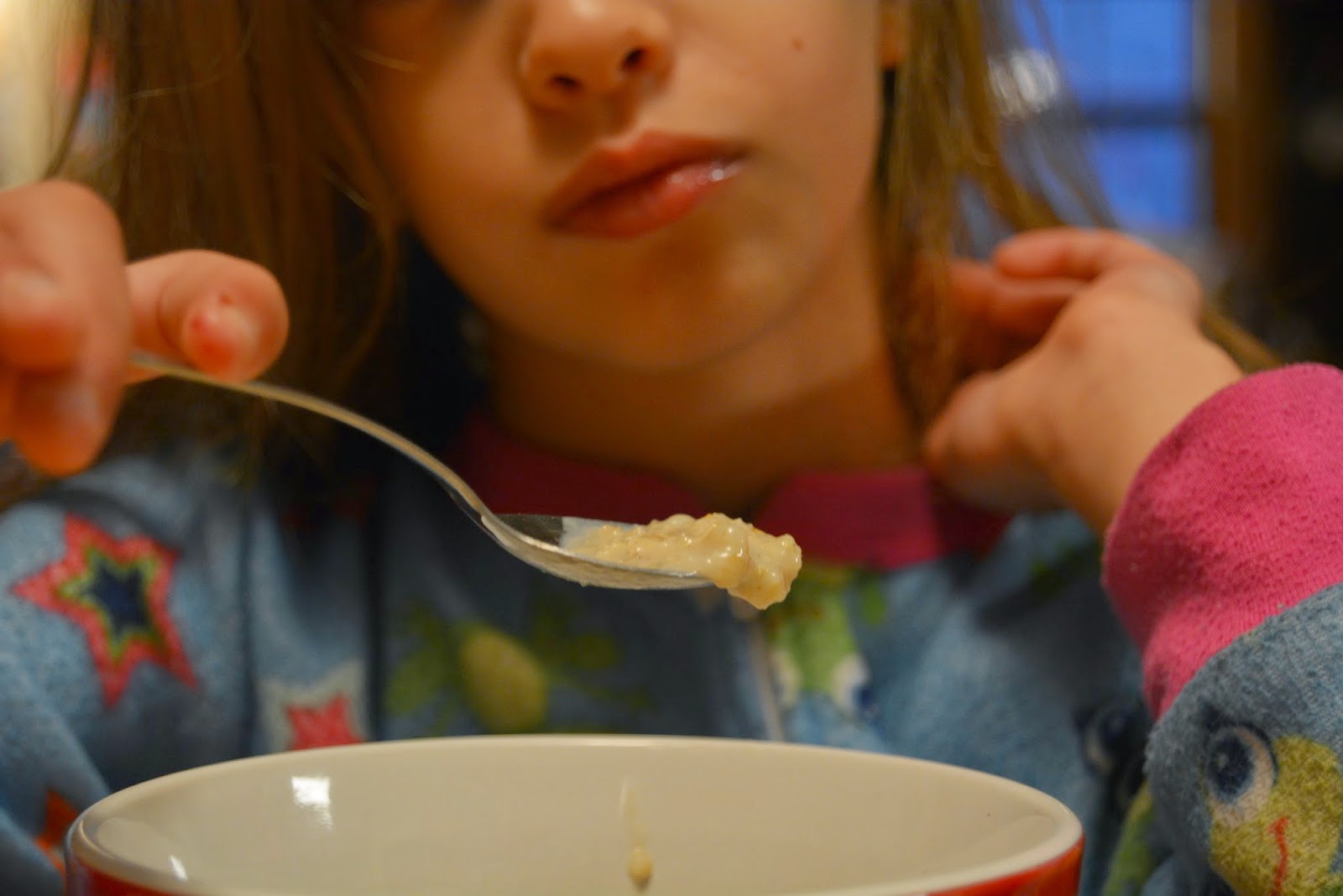 This one was taken on the 28th.  It isn't from a large distance.  I was in a hurry to just take a picture! 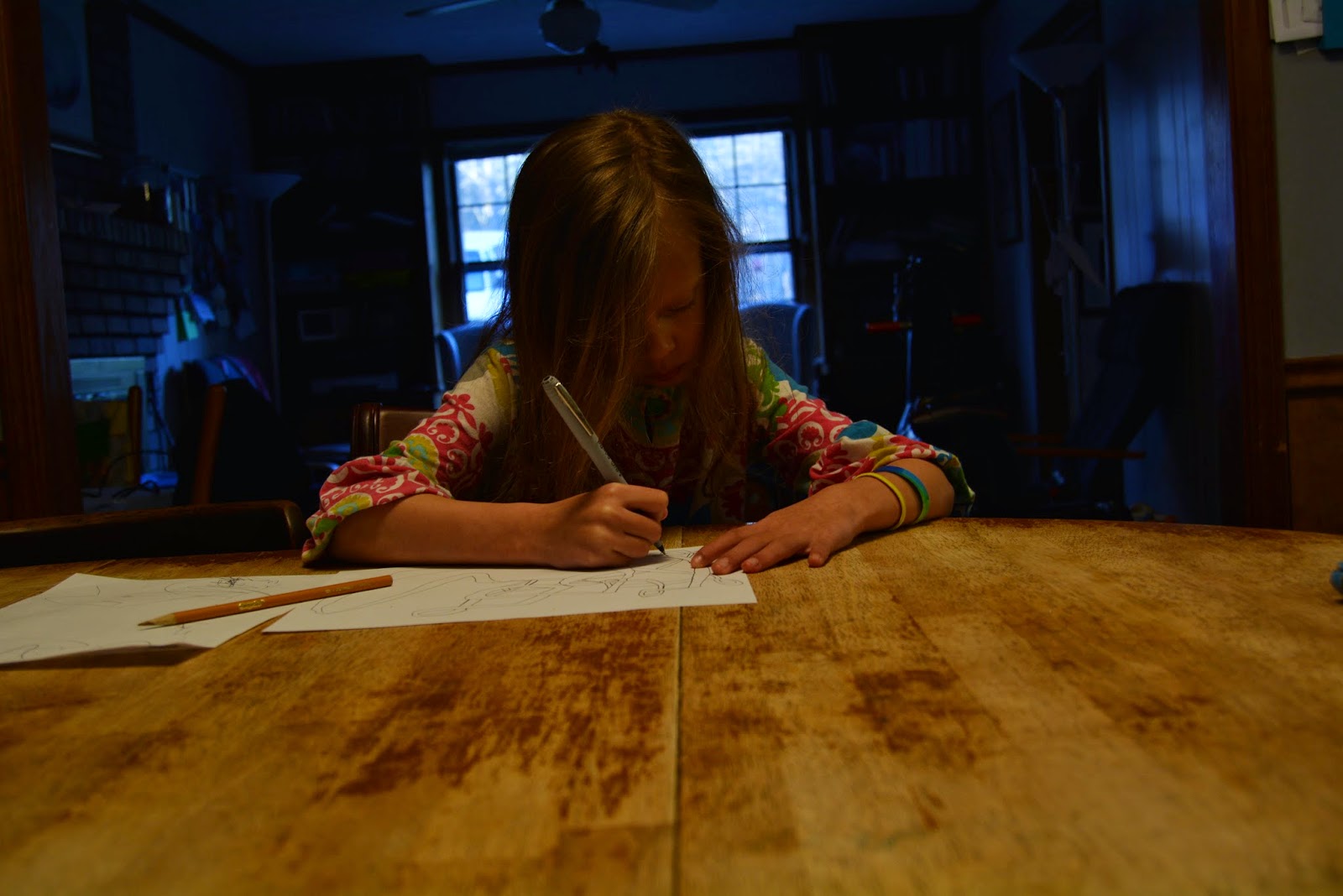 (Do you notice the white balance?  I had the camera set to incendecent because that is the main light source where Keira was sitting.  But all the natural light from the window in the family room gives everything behind Keira a blue tint.  I don't know how to fix that except to put the camera on auto.  I'll have to look into it.)

I didn't have an flowers available to me, so I took a picture of my sprouting onion!  The kids and I love to watch our produce sprout!  Though it symbolizes my lack of diligence in using all that we have. 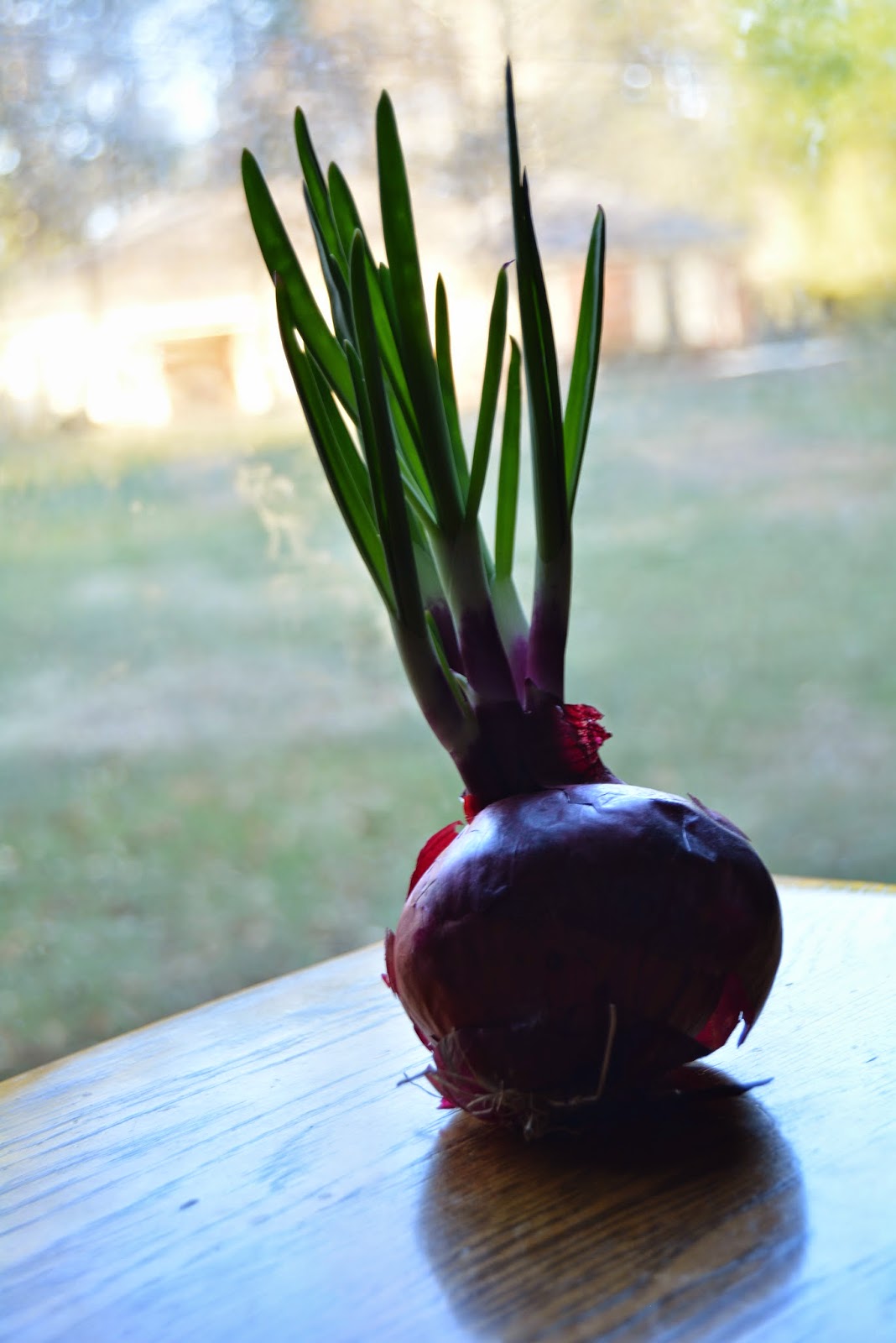 This one was a little harder for me as it wasn't a subject.  Then I had grand plans of taking a picture in the cemetery near our church, but I left my camera at home!  Finally I decided to take a picture of a box with a cool textured picture to see how it would look in black and white. 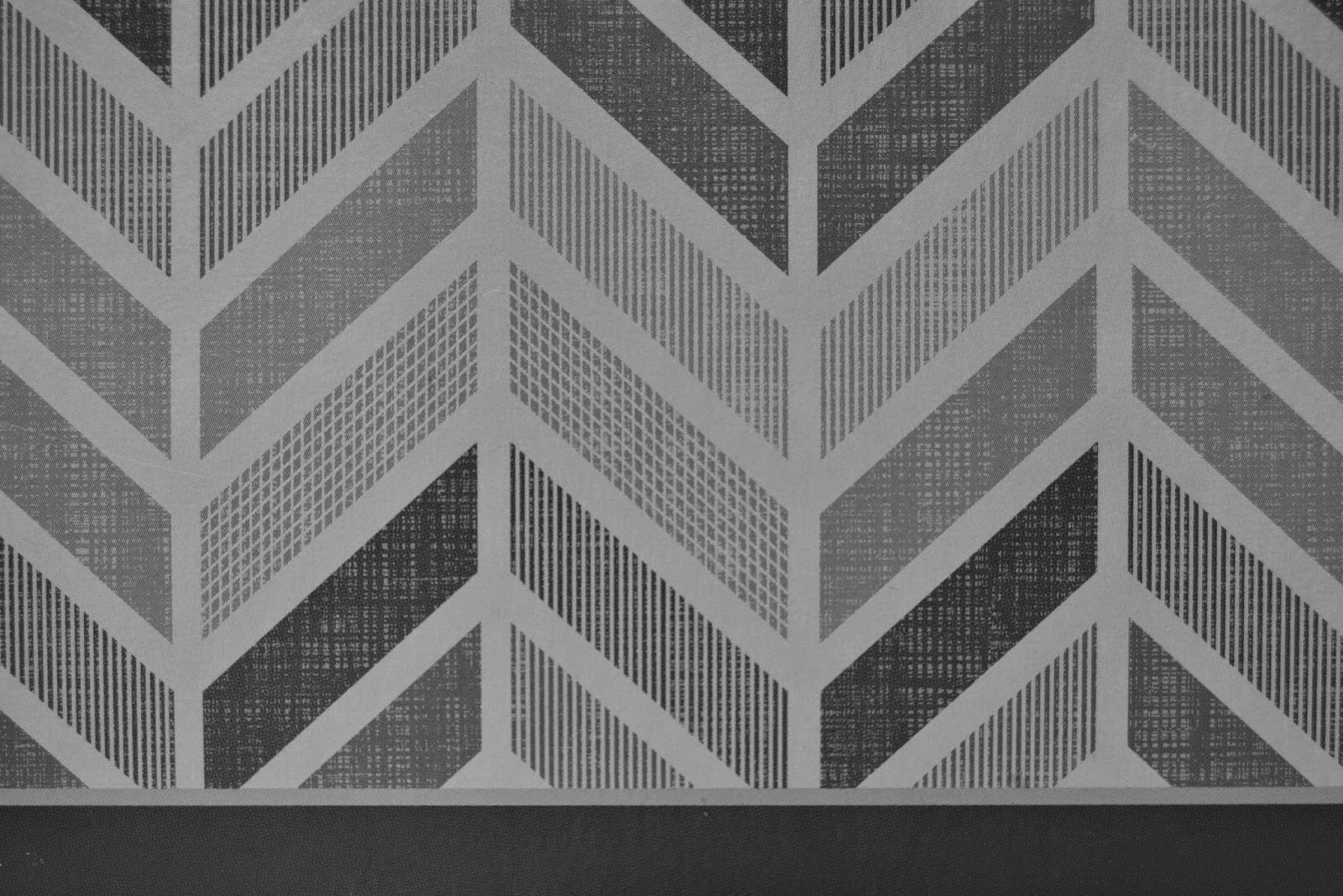 This was taken normally, then I used the camera's edits to change it to black and white.  I also tried the same shot using the camera's "night mode" which appeared to have the same result.  I don't know what the difference is in the way that it converts from color to B&W and to night mode.

I had ideas for a self portrait, but did not put a single one into practice.  Instead I took a picture of what was left after I made guacamole! 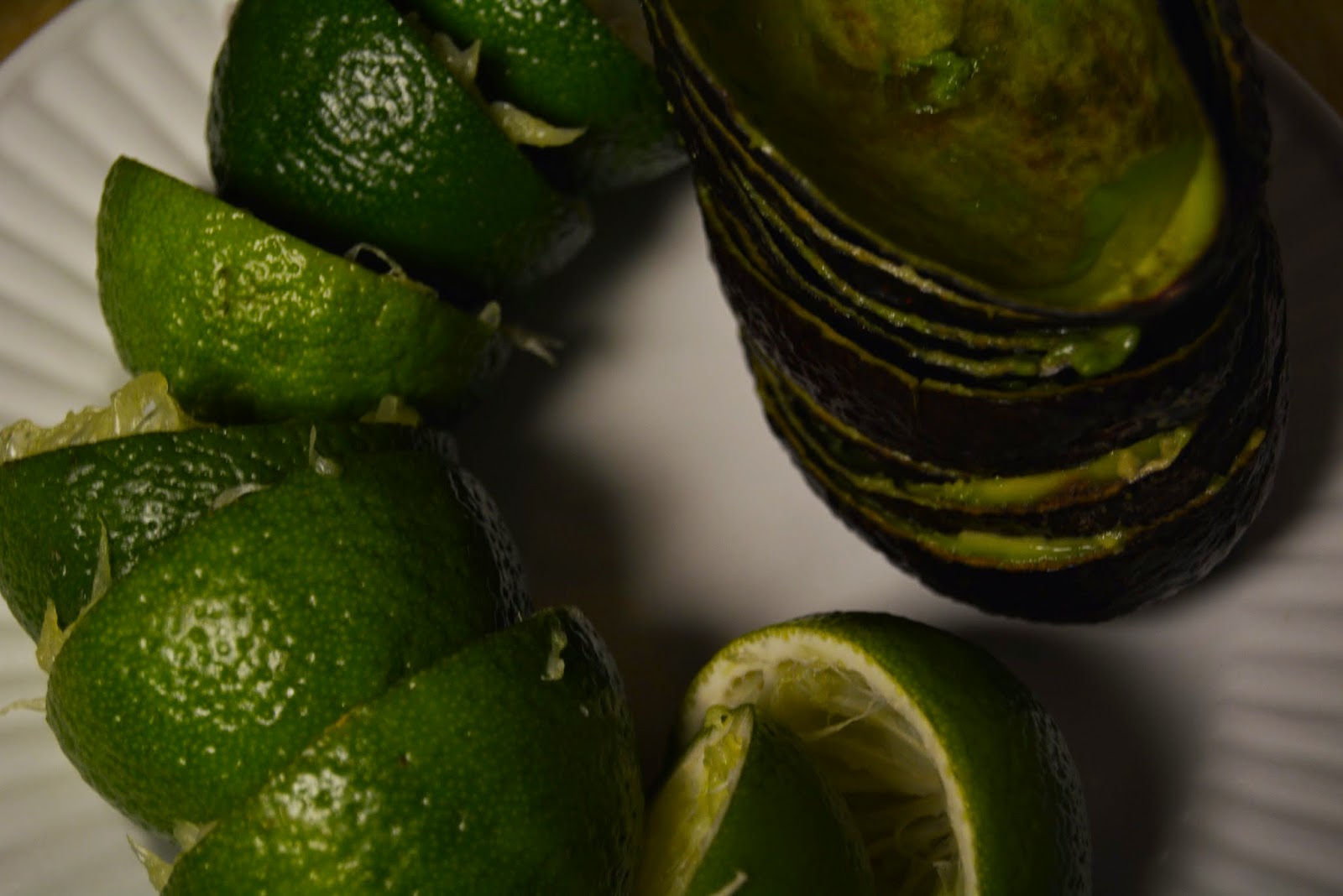 I really liked all the green!  I made the guacamole while the kids were getting ready for breakfast and cleaning up, so Adrian and I ate this as a breakfast snack.  It was really good!


That was the end of the photo challenge, but there were 31 days in January, and I completely missed the last day of the month!

Today is a new day, and I took a couple of different pictures.  So I hope to start off February on a good foot!

I hope that you have enjoyed seeing what I have tried to photograph and that you have taken the steps to document your life as well!