While we were looking at information about the National Naval Aviation Museum on the internet, my dad found out that the Blue Angels usually practice at the Pensacola Naval Air Station on Tuesdays and Wednesdays.  We were all excited at the prospect of seeing them, but he air show was even more spectacular than we imagined!  The announcer said that the Blue Angels do not do trick or stunt flying, but precision flying.  What they do is what all military pilots need to be able to do.  The Blue Angels just do it much closer to each other.
The Blue Angels have two "teams".  One is a group of four, and the other is two single pilots.
The Blue Angels take off in formation: 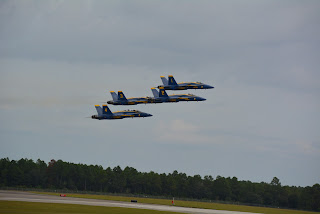 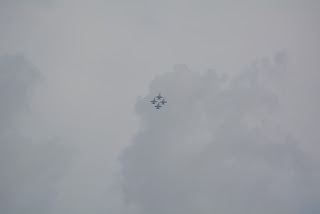 They fly with 18 inches between wing tip and cockpit! 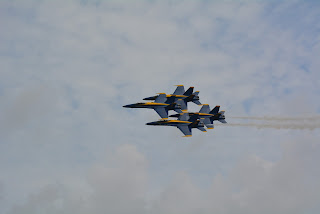 The two single pilots fly by each other in very close proximity! 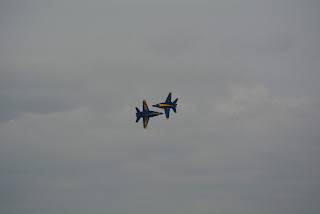 The two single pilots fly in formation "dirty" and the lead plane inverted.  Flying dirty means with the landing gear down and in this case with their hook down as well.  It changes the aerodynamics and makes harder to fly. 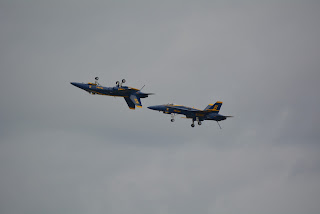 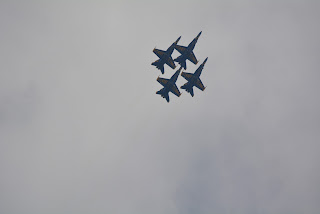 The four planes with the first and fourth inverted. 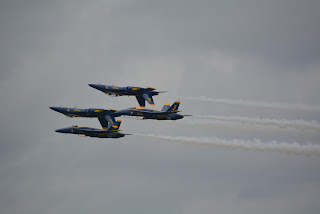 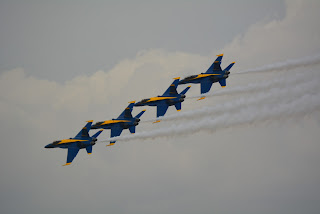 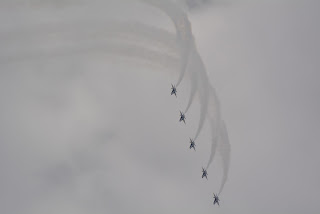 They do a maneuver called a break away, where they going from flying in close formation to each plane flying heading off in a different direction. 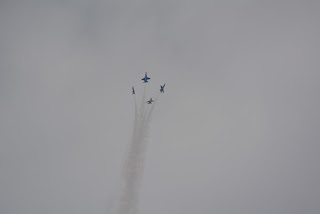 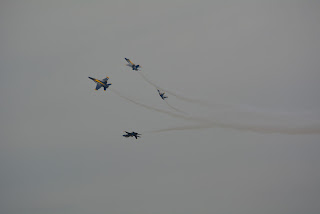 The two single pilots join in formation with the other four to do several maneuvers. 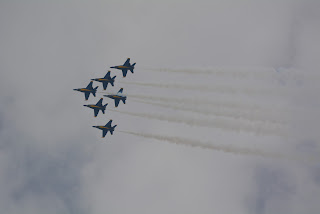 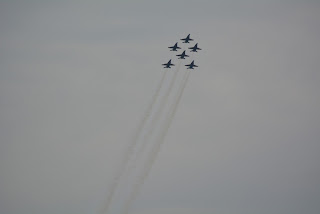 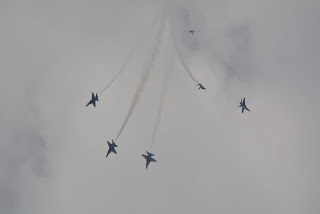 All six pilots approach the air field from different directions! 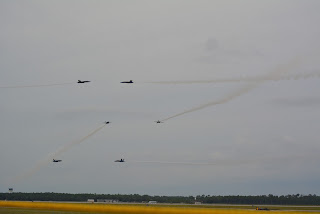 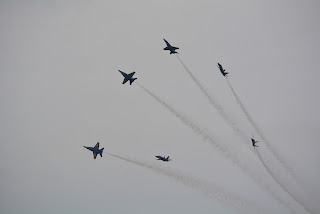 We thoroughly enjoyed the air show!  It is incredible to witness such amazing skill carried out in such a spectacular display.  The kids are still talking about seeing the Blue Angels even now, and hope to go back to see them again.
Posted by Bethany at 7:00 AM

Email ThisBlogThis!Share to TwitterShare to FacebookShare to Pinterest
Labels: Vacation