We loved the hiking at Jones Bridge Unit of the Chattahoochee River National Recreation Area so much, that we returned with Adrian last Saturday.  This time, we took the trail from the back of the parking lot.  We were surprised that it was an up hill hike as the hike by the river is mostly flat!
While we were still in the parking lot, I heard a loud low rumble and thought that another large truck or van had pulled into the parking lot.  As the rumble continued, I turned to look, and saw this fire truck backing up through the parking lot! 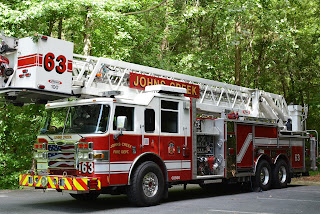 We were surprised by how big this gate is. 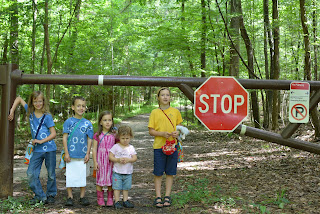 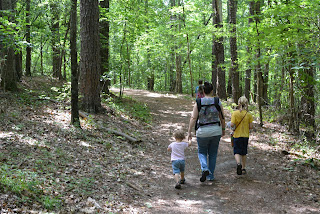 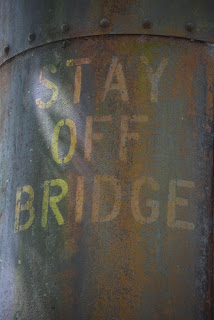 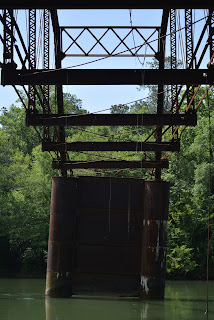 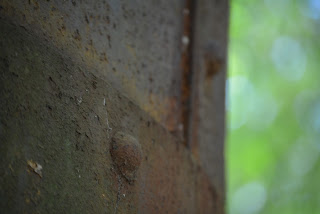 Near the bridge, we saw this 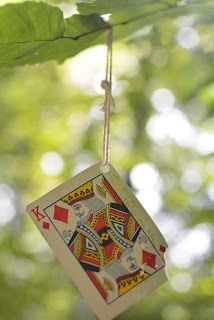 hanging from a tree.  The card had "You bring civility to my life" written on it.
Later along the same trail, we saw another card hanging in a tree. 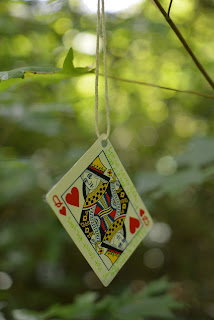 "Let us never know what old age is.  Let us know the happiness that time brings not count the years."
I am guessing that someone hung several more of these down the trail, so that they came to the king at the end.  As I explained to Kyle, I figured that a couple would walk together down the trail collecting the cards until they got to the end and then the man would get down on one knee and ask his lady to marry him.  She would think he was so romantic that she would immediately say yes, and they would live happily ever after until after the honeymoon and he squeezed the toothpaste tube from the middle!  :)  Kyle responded with, "Mommy, you're crazy!"
Posted by Bethany at 7:00 AM