Tribble Mill Park is located near Snellville/Grayson side of Lawrenceville.  It is a larger Gwinnett County park as it is centered around a lake.  Tribble Mill has paved walking trails and a large playground, and even horse trails and fishing.  But what we went to enjoy is off the the paved paths and in the woods.  Water flows out of the lake via a small dam and in one part of the creek's path, it flows over solid rock.  There it has created channels and little pools.  And that is where the fun began!

Before letting the kids get into the water, Megan (my sister) went to see how deep each of the pools were in order to give the kids their limits as several of them can not swim.  We found that all the pools were shallow enough even for the 4 year olds except for the very end, so we told all the kids to stay above the last rapid and told them to have fun!
The rocks are VERY slippery, so everyone had trouble staying on their feet, but they soon learned to walk carefully!
All the kids started at the top rapid. 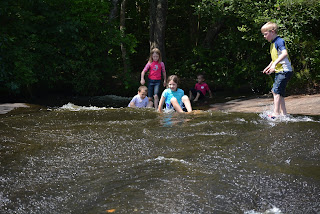 From there, they moved further down scooting across places where the water was too shallow to carry them. 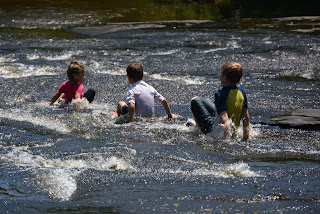 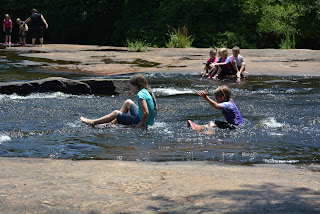 Megan didn't mind sitting in the pool and getting a picture.  Did I mention that it was really hot?! 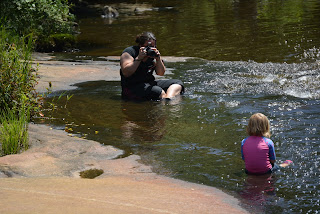 Mamaw and Mercy sat in the shade.  Mercy got into the water once to try walking around, but fell.  She decided she didn't want to play any more after that.  (We didn't know what the rock wall in the background was from, but further up from there, the creek was calm.  The kids enjoyed walking up that way as well.) 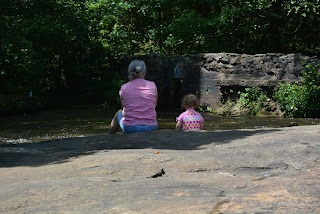 Keira didn't slide much, but she enjoyed walking through the rapids and looking for fish in the pools. 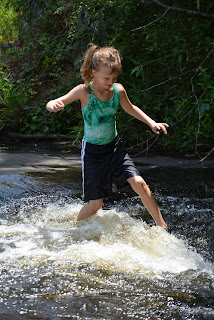 Megan and the kids enjoying the rapids. 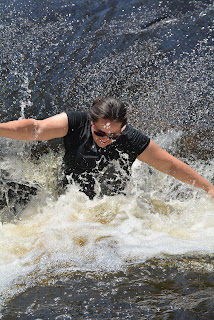 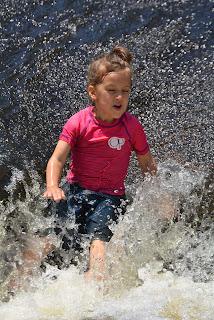 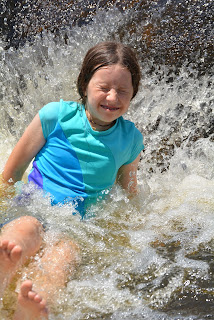 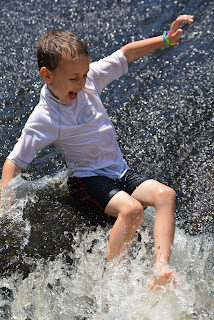 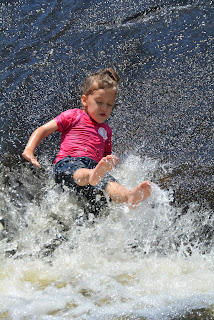 Clayton and Keira spent time catching fish and tadpoles in a little pool.  They both managed to catch what looked like little catfish! 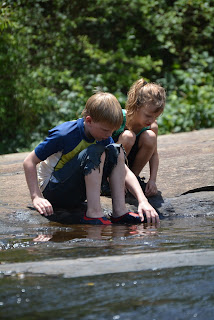 We really enjoy our trip to Tribble Mill Park, but the walk back to the car was hard because it was so HOT!  The kids are already talking about next time, so we might have to make a trip back before the summer is over.