I decided to try taking a picture of one object every day for 30 days.  Even though this week was filled with all sorts of unexpected situations, I managed to get a picture each day!

The object that I chose is a cast iron turtle that was designed to be a hide a key.  We use Mr. Turtle as a game for the kids.  I occasionally hide him somewhere in the house (usually down stairs) with candy inside and the kids try to find him.  The goal is for them to find Mr. Turtle without letting the others know where he is, though they often have a hard time keeping quiet!

March 1: Mr. Turtle's home: When not hiding, Mr. Turtle often sits on my counter in the kitchen. 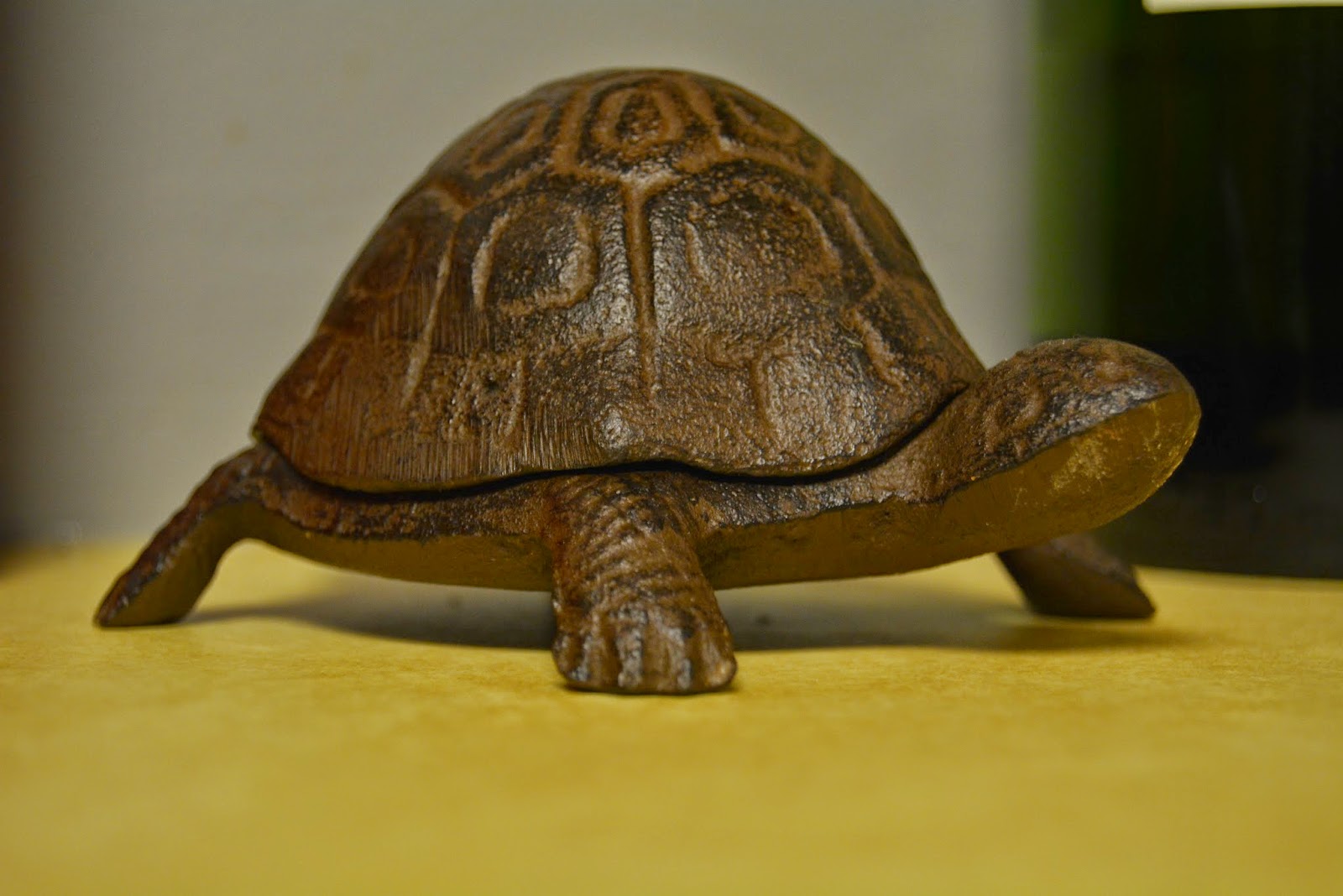 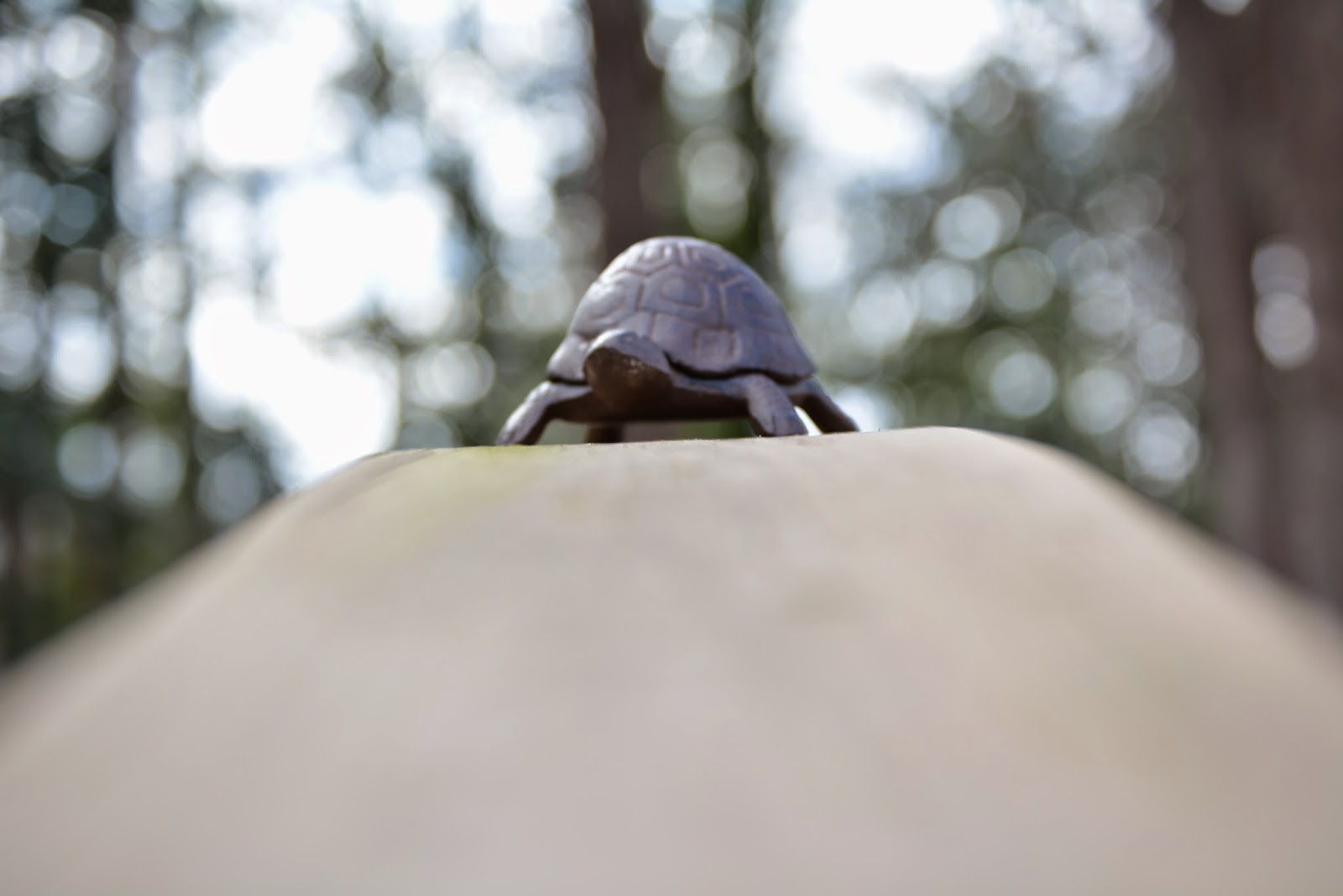 March 3: Come in out of the rain: Mr. Turtle doesn't want to be out in the rain.  He could rust!  When it started raining, he quickly headed for the front door! 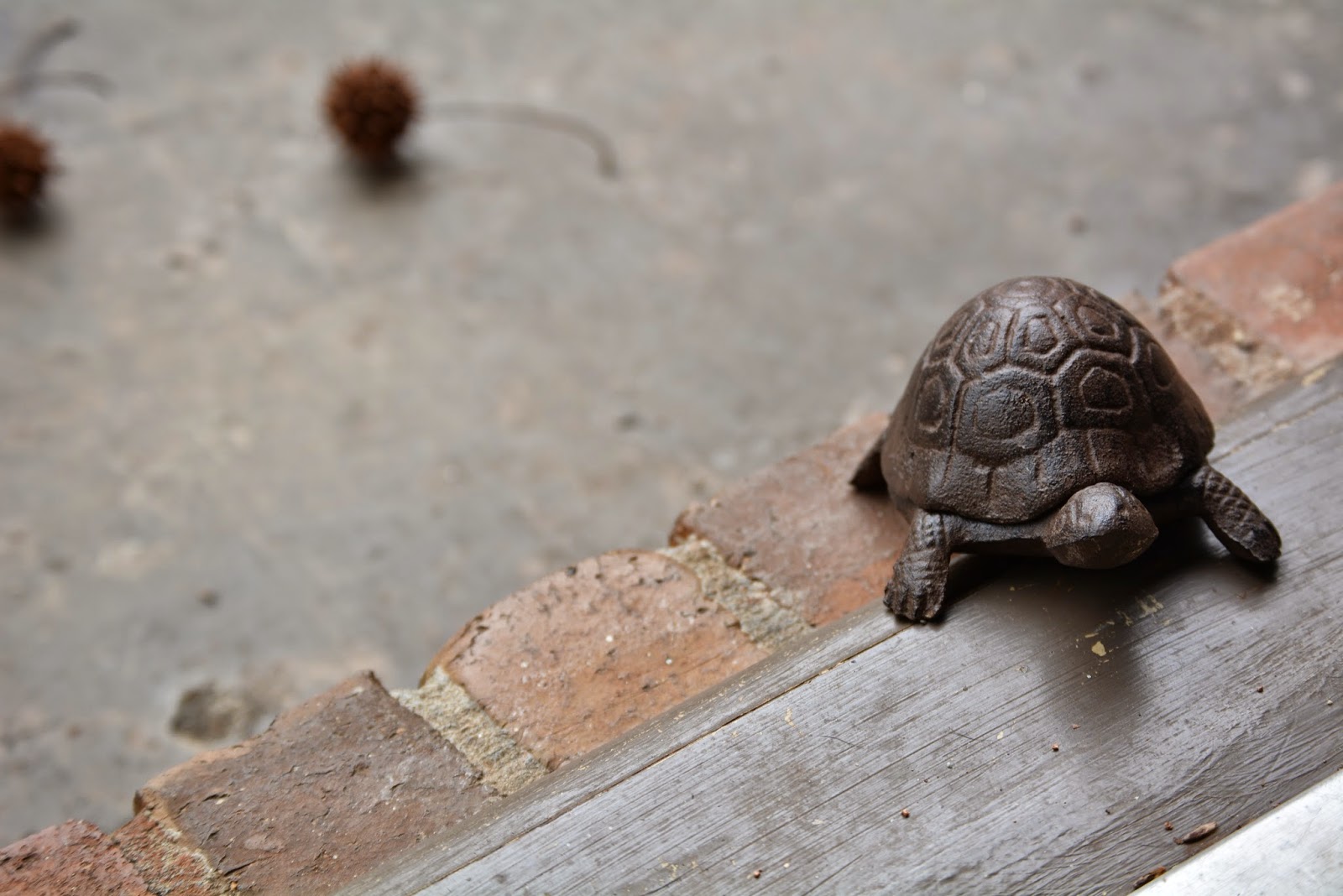 March 4: Time for Breakfast: Mr. Turtle took advantage of Sophia leaving her plate at the table and went straight for her food. 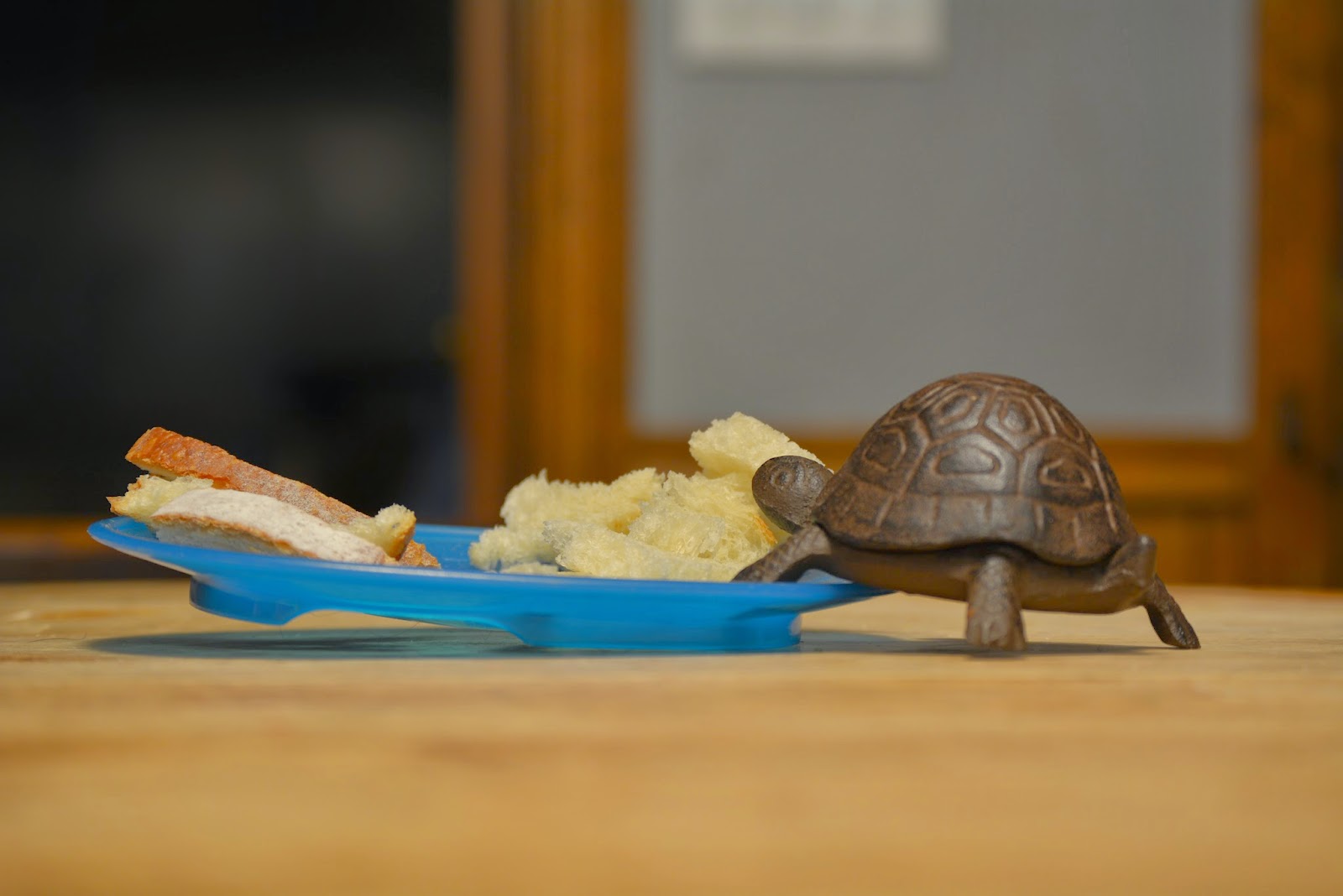 March 5:  Cold outside: Mr. Turtle doesn't like the cold.  He decided that it was best to stay in bed and curl up with a nice quilt. 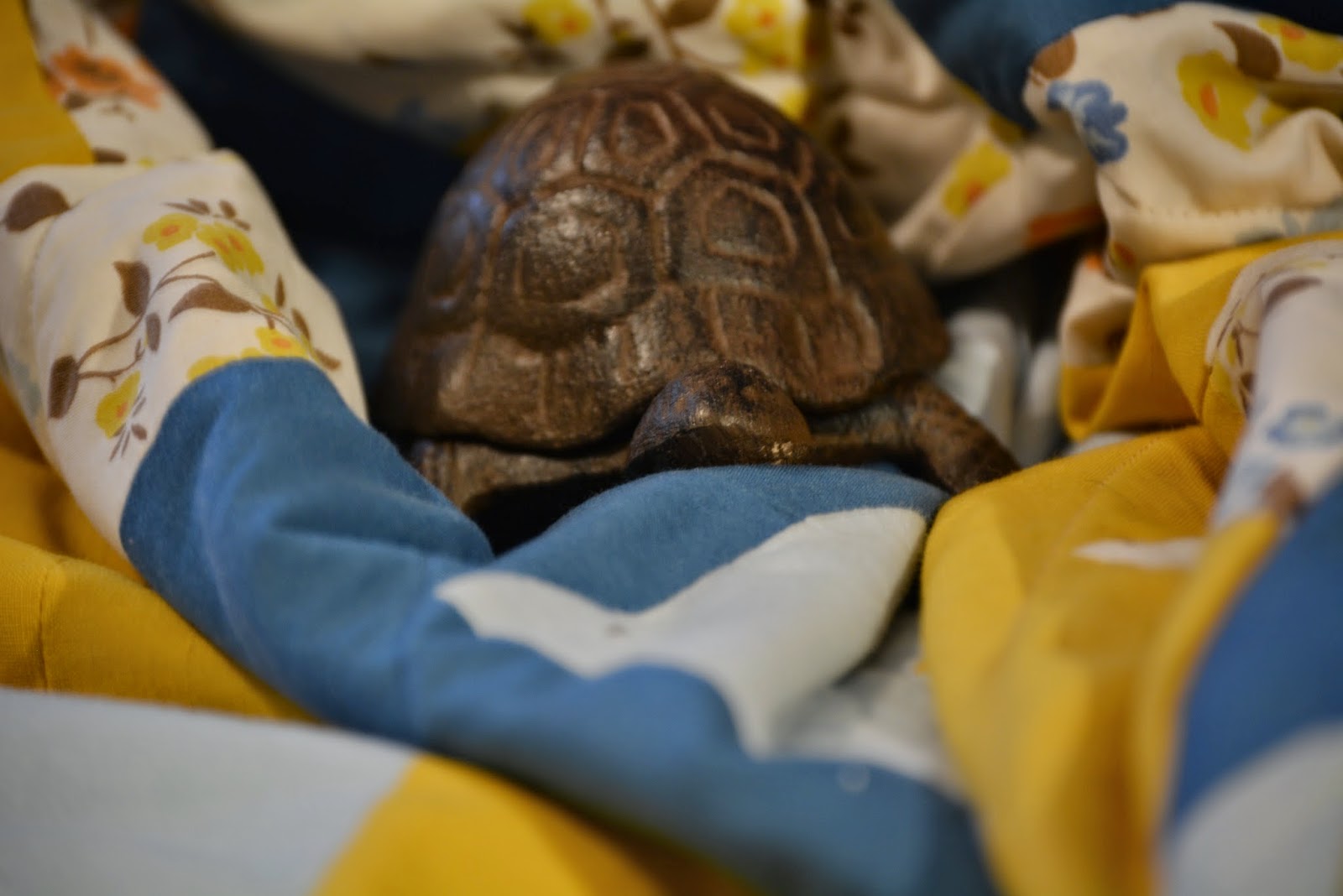 March 6: Helping in the Kitchen: As I was working on freezer meals and all the kids were helping, Mr. Turtle wanted to lend a foot (or a mouth)! 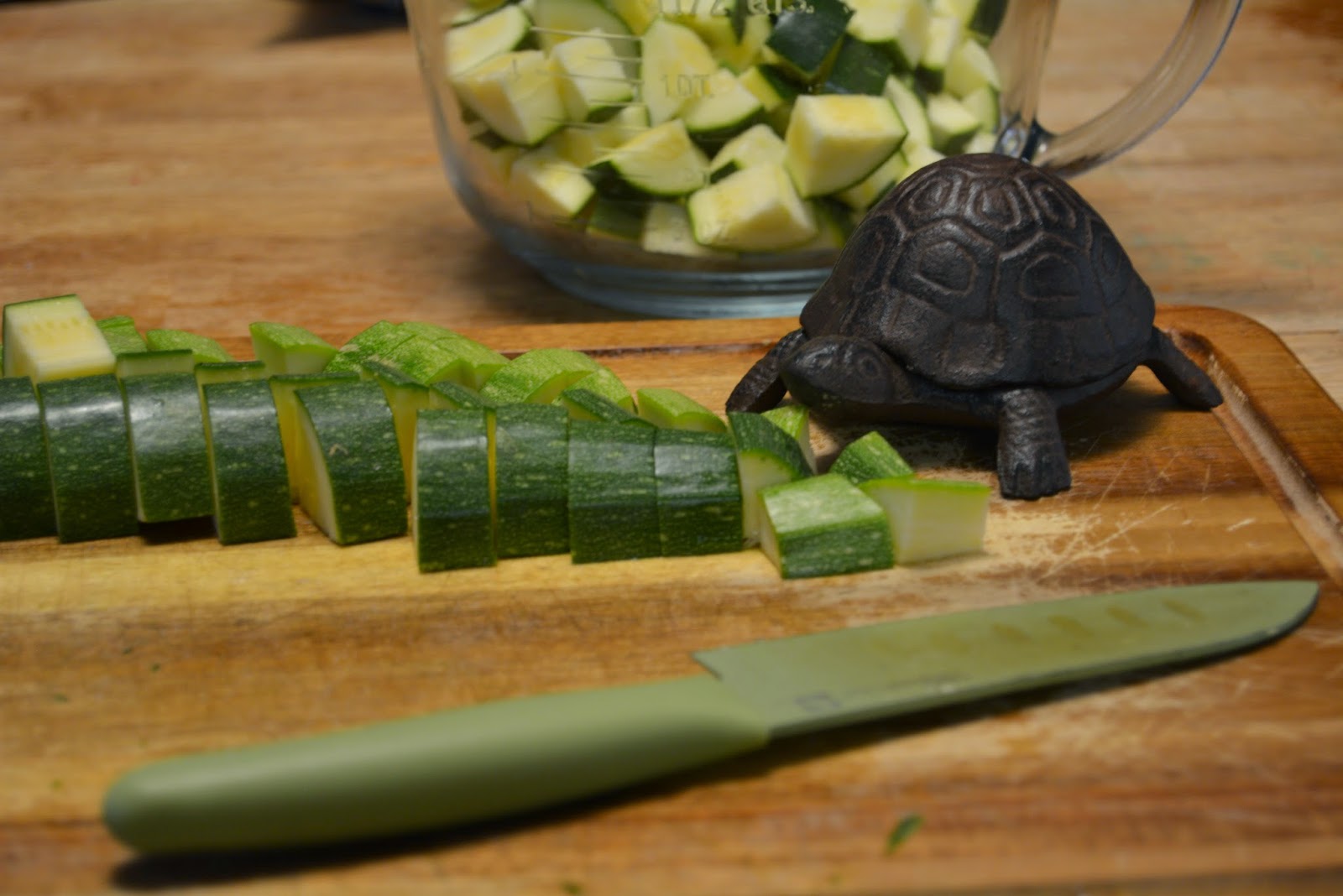 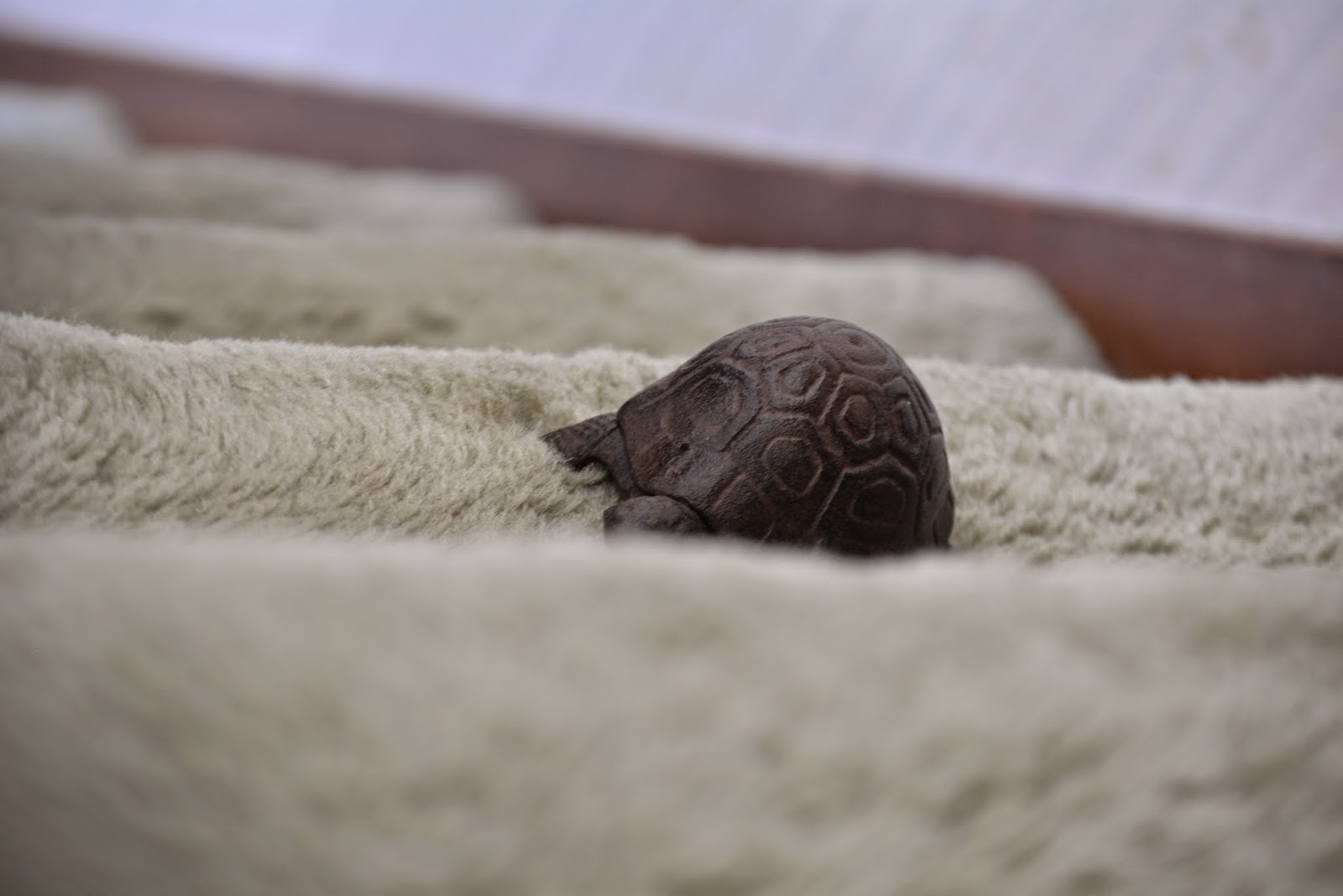