The Museum of Aviation

Since going on vacation back in September, we had wanted to go to the Museum of Aviation in Warner Robins, GA.  Adrian's mother had been in the Royal Air Force when she was younger because she loves airplanes.  So we planned a trip to the museum with her and Adrian's step-father.

As we unloaded the car at the museum, I noticed the shadow of this plane on the wall.  I ran to take a picture quickly while everyone else headed to the picnic tables. 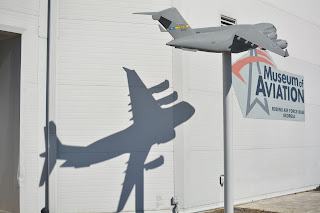 After a picnic lunch, we started looking around.  This was a really cool sculpture between the buildings. 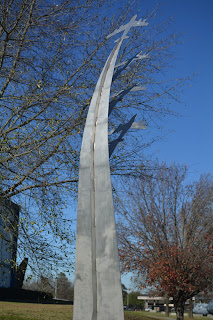 The kids liked the "benches" as much as the airplanes! 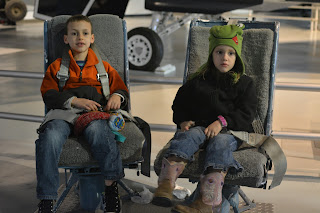 I love how shiny the nose of this plane is!  It was almost dizzying looking at it straight on. 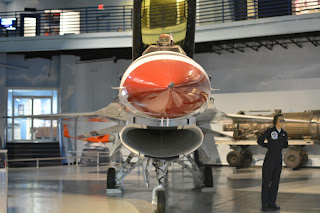 The reason for our visit: the U2 and SR-71!  Adrian and I were amused looking up at the SR-71 at how small it was.  It wasn't until we got on the stairs and looked down on it that it's full size really hit home. 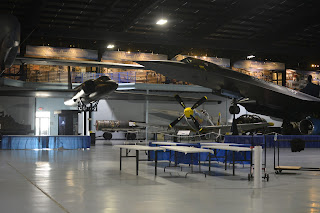 The view from above the SR-71. 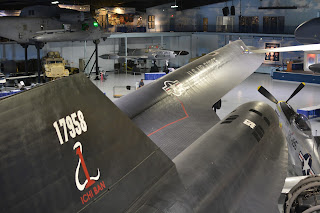 The view from above the U2. 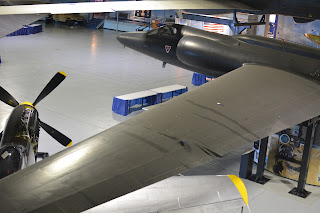 I wanted to get a picture looking straight on to the SR-71, but the plane on the far left got in the way too much to really feel the impact of this amazing plane. 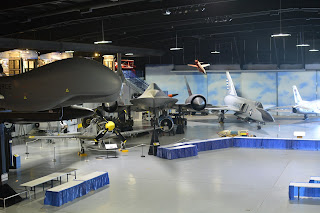 While wandering around inside, Keira's knee started hurting her again.  We eventually decided to get her a wheelchair so that we could all enjoy the rest of the museum.  The kids had fun taking turns pushing the wheelchair! 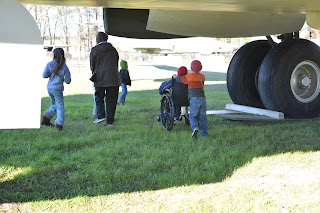 This seems like such an odd simple for a military plane!  I think the mouse is cute. 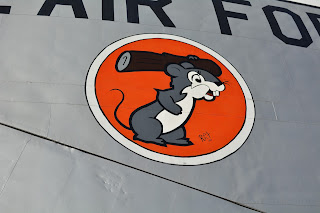 Sophia and Mercy had liked walking backwards.  I really liked their shadows. 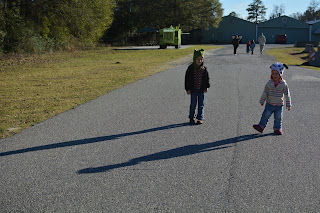 While looking at all the planes, Mercy saw this gravel path.  She said, "Can you take a picture of me on these neat rocks!?" 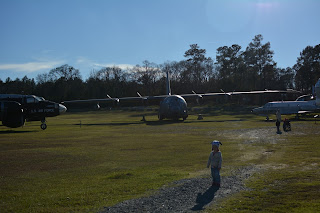 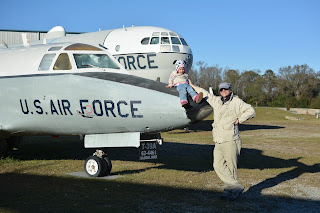 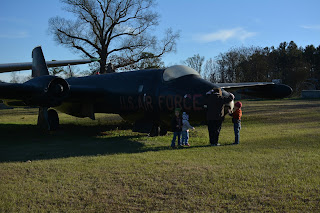 Sitting on the Canberra 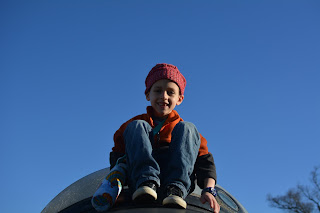 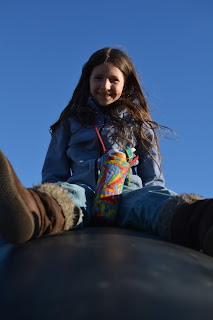 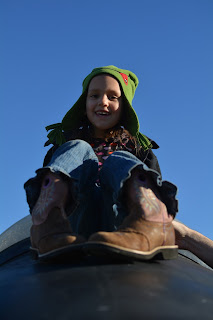 Inside a helicopter from the Vietnam war era 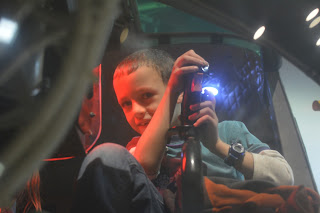 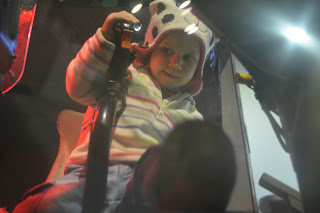 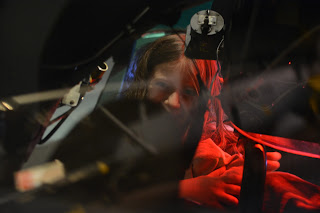 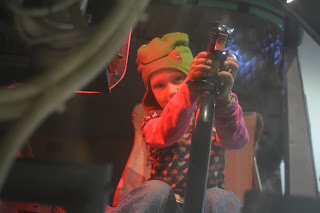 Nanny (Penny Smith) beside a Phantom.  Penny has some interesting stories about her time in the RAF and flying in a Phantom. 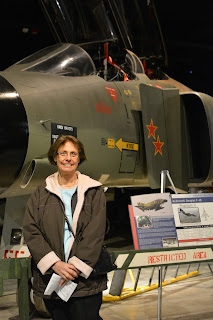 Keira learned to push herself around and preferred that to having her siblings push her. 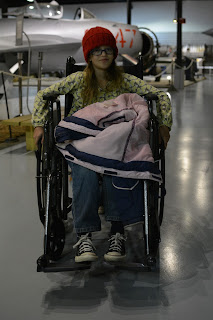 Everyone (minus the photographer) in terrible sun! :) 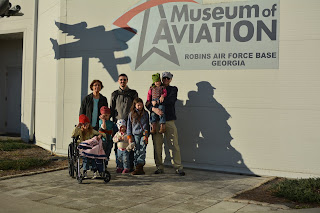