The Adventures of Captain Cook begins

After welcoming Captain Cook into our home, Captain Cook showed Kyle were he came from.  (Kyle already knew that Penquins live in the antartic, but he indulged Captain Cook's reminiscence about home.) 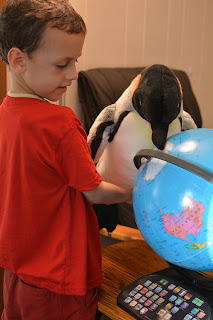 Mr. Green Stuff is a very insecure creature, and quickly latched on to Captain Cook (and Mercy) for guidance. 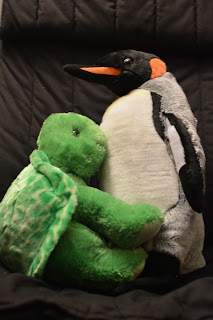 Since animals aren't welcome in church, Captain Cook with Mr. Green Stuff by his side waited anxiously at the door for their owners to return. 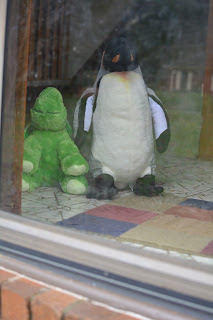 Kyle comforted Captain Cook after being away for so long! 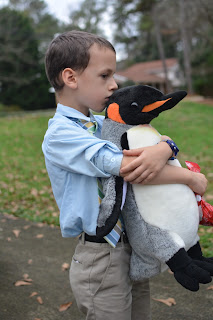 Captain Cook is learning a lot following Kyle around.  His favorite times though are snuggling up and reading with Kyle. 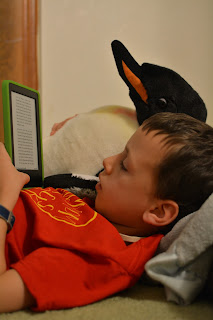 Captain Cook is more official with his hat, and deputized Mr. Green Stuff as his first mate. 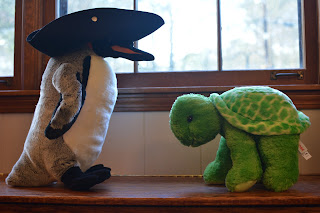 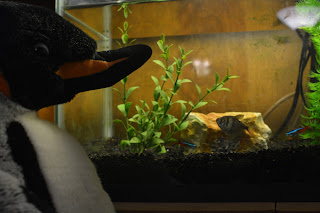 Since we didn't have any raw fish, we gave Captain Cook some breaded fish.  He thought it was interesting, but prefers his fresh catch better. 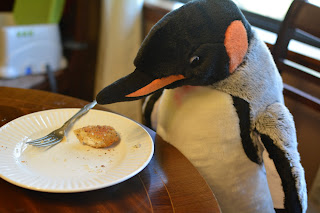 Captian Cooks learns how to play Power Grid with Kyle.  He sees why it is Kyle's favorite game! 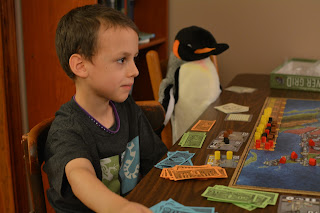 Kyle tries to show Captain Cook how to use LEGOs, but Captain Cook's flippers are just too short to work well. 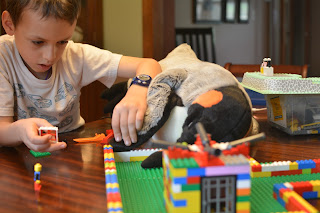 Email ThisBlogThis!Share to TwitterShare to FacebookShare to Pinterest
Labels: KEA