We took a step back in time at the Smith Plantation.  Located beside Roswell City Hall, you move from present day government buildings to a plantation home build in the 1840s.  It is nestled among large trees and other landscaping, giving you the feeling that you have escaped back in time, until you hear the loud sirens of fire trucks rushing past on the main road not too far away! 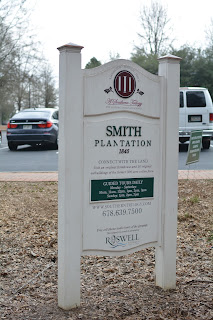 These are pictures of three generations of Smiths.  Unfortunately, the family ended as none of last generation had children. 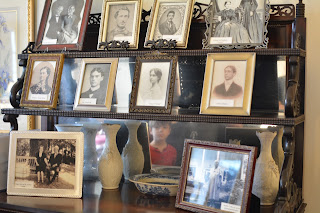 Though cotton is usually thought of as the cash crop of the south, the Smiths only had about 10% of their land seeded in cotton.  The rest was used for whatever they could get to grow! 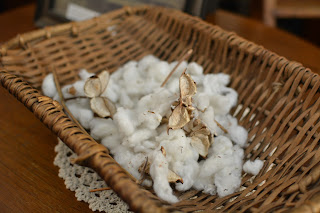 The parlor.  The Smith entertained with music and cards. 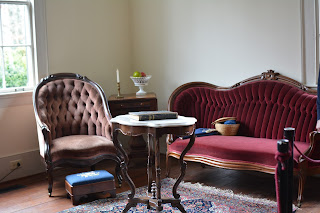 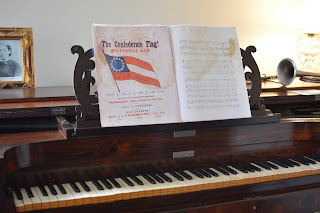 One of the Smith sons, "Willie", died of dysentery during the War Between the States.  His parents never unpacked his chest, and just placed it in the attic.  It wasn't rediscovered for over 100 years! 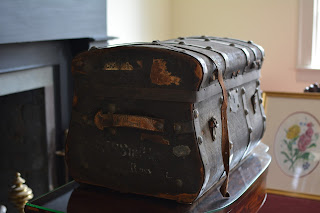 Part of the formal dinning room.  I am amazed at the large table.  We need one in our home! 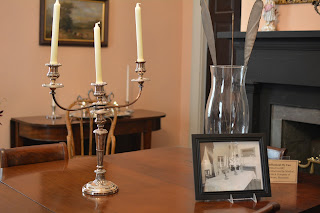 The Smith daughters' bedroom with the "necessary" chair beside the bed. 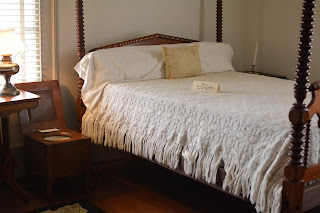 There was a series of painting hung on the wall going up the stairs.  They were all painted by Arthur Smith.  If I understood correctly, that was the first Arthur. 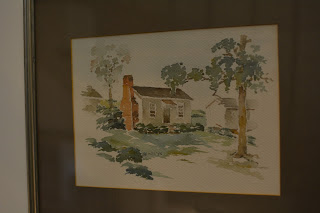 This is the parson's room.  The room was left open for travelling preachers.   The only cost for the preacher to stay was sharing any news from the rest of the world. 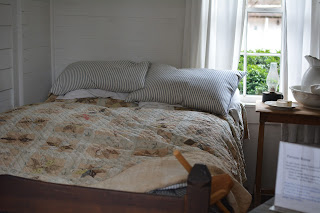 We had wanted to have the tour with our friend, Amy, but she did not do our tour.  We still got to talk for a few minutes and see her dressed in her hoop skirt! 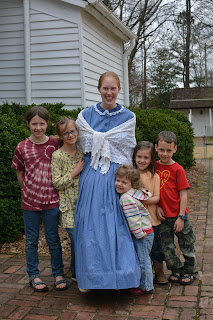 After touring the house, we spent some time in the cook house.  The kids got to make corn husk dolls! 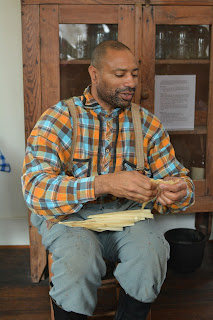 We had a great time at the Smith Plantation.  We didn't get a chance to see all that they have to see, so we hope to go back again to tour the grounds.
Posted by Bethany at 7:00 AM